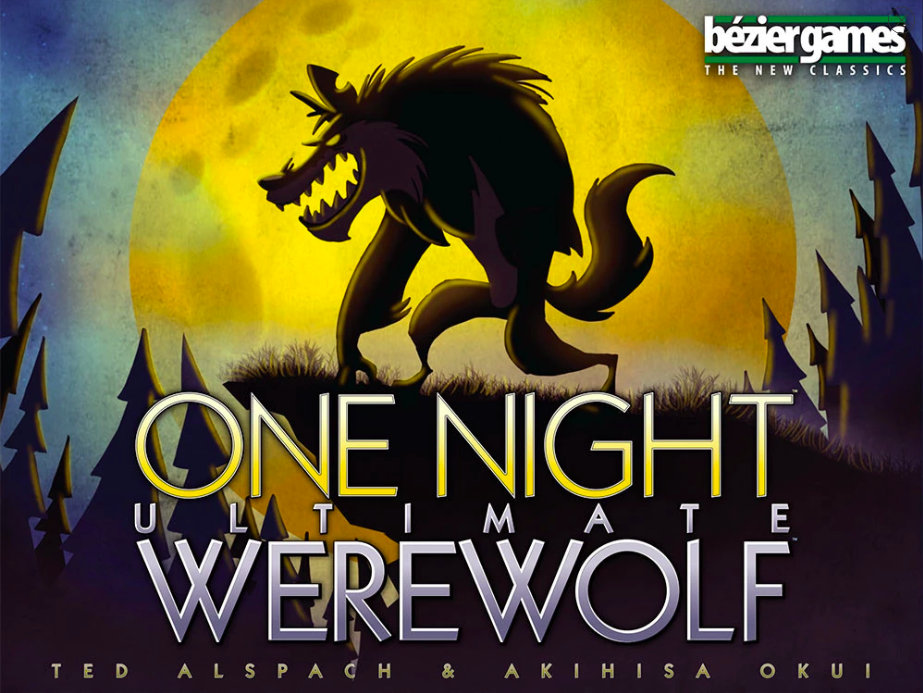 As I said before (to the internet wall) I have 25 minutes a week with 8 middle school students. There’s a mix between 6, 7, and 8 grades so finding common ground is sometimes hard to achieve. So instead of Googling “student ice breakers” like I’ve done in the past (which subsequently had me vomiting soon thereafter) I googled “quick board games for 10 players”.

One Night Ultimate Werewolf came up prominently in the results. The description:

Each player gets a unique role: A Werewolf, Seer, Troublemaker, or another, all with special abilities
After a secret night phase that includes changing roles, players have just 5 minutes to find a Werewolf
Includes a free iOS/Android app that makes playing incredibly engaging and addictive
May be combined with any game(s) in the One Night series for epic battles
3-10 players, Ages 8 and up

I’ve highlighted the things that made me hand over my easily earned cash.

Basically, each player picks a card with a role on it. There are always 3 more cards than players which don’t get picked. Everyone closes their eyes (night time) and each role wakes up in turn to do a certain action. At the end everyone wakes up and it’s up to the villagers to kill the wolves or for the wolves to evade capture (by lying through their teeth usually). Which basically means each player has to tell the group what they think or what they did or lie through their teeth if they are the wolf. The wolves win if nobody votes for them to be killed. The villagers win if the wolves get voted to be killed. Easy.

I didn’t know what I was doing the first time so I didn’t partake and came the village cryer who instructed each role to wake up. This also ensured nobody was cheat-peeking. I will rotate this role every week. The first time we played it we ran into some issues which we will iron out as we go along. For example, the robber woke up and swapped their card with the troublemaker. Then the troublemaker was instructed to wake up. So, of course, both people woke up! Looking online, the robber shouldn’t wake up even if they are now the troublemaker.

The biggest issue when first playing the game is the uncertainty of what to say when it’s time to figure out who are the wolves. There was pretty much silence when it was time to point fingers and lie or tell the truth! The beauty is that this naturally gets more boisterous and dramatic as players get used to the game. And they get used to each other – that’s the massive by-product of this game. The second, third, and fourth time we played the game the increase in student interaction was tenfold and very, very, fun! The best thing about it is that I have middle school students begging to play it one more time…which is frankly shocking to me! Using the free accompanying app added a cool factor to it with an ominous voice providing directions rather than my dulcet and boring tones.

So why is One Night Ultimate Werewolf perfect for building relationships and communications between a range of middle school aged students?

I look forward to seeing how long they find the game engaging and entertaining. Perhaps I will get them to introduce the game to the other Koti classes which will allow our students to become the teachers.